Struggling with sexual dissatisfaction right? Let me tell you some things you need to know in other to be satisfied sexually like never before.

I wish to let you know that you’ve indeed picked up the right article. This article of mine goes as far as elaborating on the reasons why sexual dissatisfaction ever occurs in marriages.

To put up a clearer view of the content of this article, I did like us to make reference to the human body from a machine. If this can form a base in your mind, I guess the easy digestion of this article could be achieved.

Am going to make it very brief here, for a more enhanced understanding. The following under listed reasons are responsible for any form of sexual dissatisfaction in marriage.

If you can recall, I told you initially that we did be taking our reference from a machine, just as a machine perform specific functions as it was been programmed by its manufacturer, so also does one exhibit various characters in marriage which they grew up with.

To clarify this point, I did like us to take an illustration.

Take for instance a guy whom before he got married, does have sexual intercourse with at least two girls a day.

With such a program already fully installed and running in his life, on getting married, how on earth do you think he’s going to be satisfied with just one lady a day, having at the back of your mind that such program has been running for years?

The reality is there’re bound to be a problem of sexual dissatisfaction, except the grace of God is implored.

Eventually, when sexual activities are performed after marriage, your subconscious mind tends to put up a scale, weighing both experiences of sexual intercourse to know which feels better.

If such a scale ranks your sexual experience before marriage better, I guess you are not far from the word dissatisfaction.

Throwing more light on the above, I did love you to know that one’s virginity has a major role to play. Virginity in this context simply means abstinence from any form of sexual intercourse.

When both partners before marriage are virgins, after marriage, on having intercourse, they feel it was best done, due to the fact that they haven’t obtained any pre-experience.

This saves them any form of sexual dissatisfaction as compared to one who is a “pro” getting married to a novice, in the long run, one partner is going to piss the other off.

That’s one of the basic reasons why people emphasize abstinence from sex until after marriage.

If you have been involved in one way or the other into pre-marital affairs, and you expect to shine sexually dissatisfaction in marriage, I did like you to have this at heart- “The room that never gets full is that of improvement”.

Change they say is constant. You could actually change a life of sexual dissatisfaction to that which satisfies. All you need is just getting started, work on yourself. 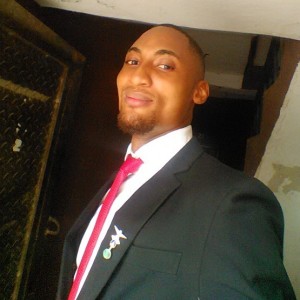